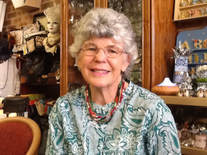 A graduate of the University of New England, Lynn Newberry is a former teacher, dressage rider and cattle breeder. A life on the land, including eleven years in outback Queensland, has mixed nicely with her penchant for writing romantic suspense in historical settings. Lynn has recently exchanged her farm in north-western NSW for a delightful small acreage on the edge of a village, where she now writes full time. With horses and writing her two great passions, and time to delve into the historical research she loves, Lynn embraces an idyllic lifestyle.
Writing as Anne Rouen, Lynn self-published her Historical Mystery/Romance series, Master of Illusion. Book I (Master of Illusion Bk I) and Book III (Angel of Song), have achieved Silver (2014) and Bronze (2016) respectively, in the Global Ebook Awards for Modern Historical Literature —Fiction. Book IV (Guardian Angel), the final in the series, has been awarded Silver(2018) in the same category and Bronze (2018) for best Ebook cover.
Lynn also achieved a Highly Commended in the 2011 Rolf Boldrewood Literary Awards for her short story The Scent of a Criminal.
More information, if desired, can be found at www.annerouen.com